EVALON® is a live coccidiosis vaccine against avian coccidiosis in poultry composed of E. acervulina, E. brunetti, E. maxima, E. necatrix and E. tenella. All the strains have been selected to maximize immunogenicity. Avian Eimeria have a complex life cycle with a combination of exogenous and endogenous stages that trigger the immune system of the host. However, Eimeria parasites have also been described as being highly elusive to the immune system as well as producing chemokines than can slow or inhibit the immune response (Jang 2011, Schmid 2014, Miska 2013). 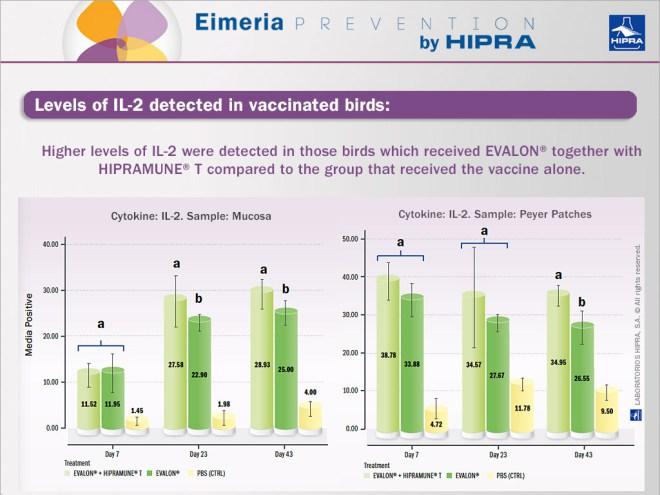 Although it is well known that live vaccines can induce an adequate immunity, we strongly believe that immune modulation is crucial in providing a strong, fast and long-lasting immunity (Dalloul 2005). This could be essential in the prevention of coccidiosis in poultry.

In a study conducted at the University of Zaragoza with Prof. Emilio del Cacho, different groups of birds received EVALON®, together with HIPRAMUNE® T and PBS (control group).

HIPRAMUNE® T is a solvent specifically designed to be mixed together with the vaccine EVALON®. It contains a colorant and flavour -to enhance pecking and preening when the vaccine is applied in coarse spray administration- and an adjuvant designed to modulate the immune response. It is the first time that the use of an adjuvant has been considered in a live vaccine intended to prevent coccidiosis in poultry.

Birds from each subgroup were used to obtain intestinal lymphocytes from mucosa and Peyer’s patches at different times post-vaccination.

Results obtained in the first experiment indicated that HIPRAMUNE® T is able to increase the level of Th1 cytokines, as indicated by the results obtained for IL-2. Regarding IFN-gamma, statistically significantly higher levels were detected on different days both in the mucosa and Peyer’s patches. In contrast, levels of IL-4 and IL-10 were equal or lower when the group receiving EVALON® plus HIPRAMUNE® T was compared to the group receiving EVALON® alone. These results confirm the ability of HIPRAMUNE® T to stimulate a cellular immune response. It is therefore hypothesized that EVALON®, when administered together with HIPRAMUNE® T, is able to polarize the immune response towards a Th1 response. This happens with more intensity than the vaccine without the adjuvant. The Th1 response is crucial for protection against Eimeria (del Cacho 2011 and 2012).

In vaccines designed for layers and breeders which are long-lived categories, it is essential to have extended protection throughout the life cycle. Generally, live attenuated vaccines have proved to provide protection until 37 weeks. However, in the case of EVALON®, its efficacy is boosted by co-administration with HIPRAMUNE® T; we therefore wanted to test the duration of immunity until the end of the production cycle of a breeder hen (60 weeks).

In a second study, the duration of immunity was assessed for EVALON® plus HIPRAMUNE® T. The laboratory facilities for the performance of the trials prevented the introduction of external Eimeria oocysts which could provide trickle infections throughout the rearing and laying period. Together with this, birds were not moved from rearing to laying. It is well known that at farm level and after vaccination, trickle infections occur and it is important to maintain and enhance long-term immunity against Eimeria parasites (Williams 2002). In the present study we wanted to prove that protection was extended, even in the absence of trickle infections.

At day 0 a group of one-day-old birds was vaccinated via coarse-spray with one dose of vaccine EVALON® plus HIPRAMUNE® T while another group of birds received only PBS (control). The elimination of oocysts was monitored weekly in litter faeces, as can be seen in the Figure below. After the vaccination peak and once the birds became fully protected, generally no oocysts were detected. 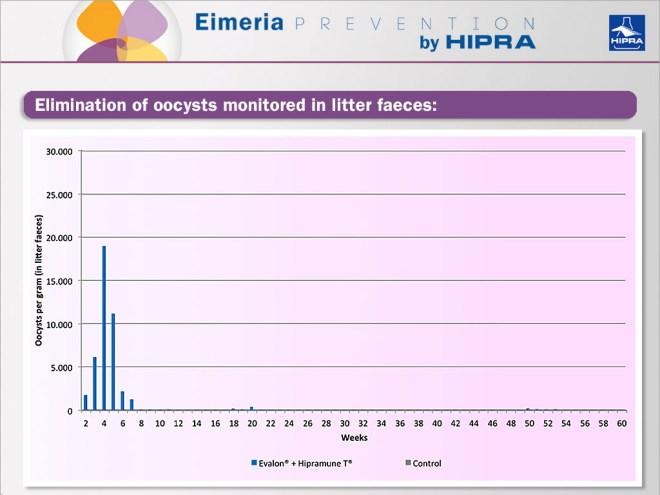 To study the efficacy of the vaccine, birds were randomly selected at different time points (14, 28, 40 and 60 weeks) and individual challenge tests for each Eimeria species included in the vaccine were performed using highly pathogenic heterologous challenge strains. The vaccinated and non-vaccinated birds were compared, the main parameter under consideration being the macroscopic intestinal lesions after the challenge (Johnson & Reid 1970). Other secondary parameters evaluated also included individual body weight, elimination of oocysts post-challenge, clinical signs and mortality. 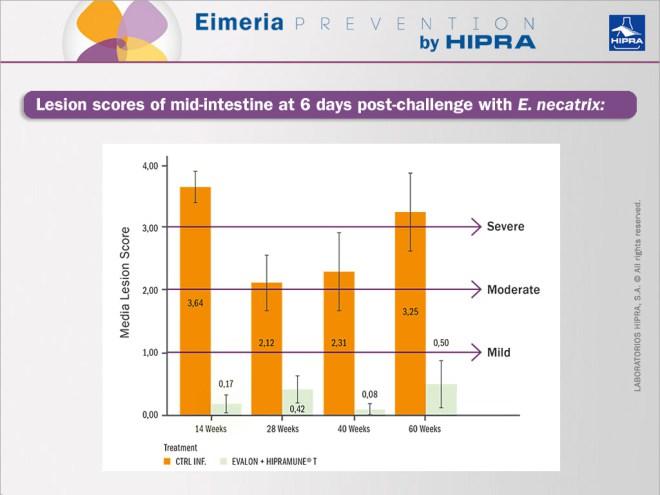 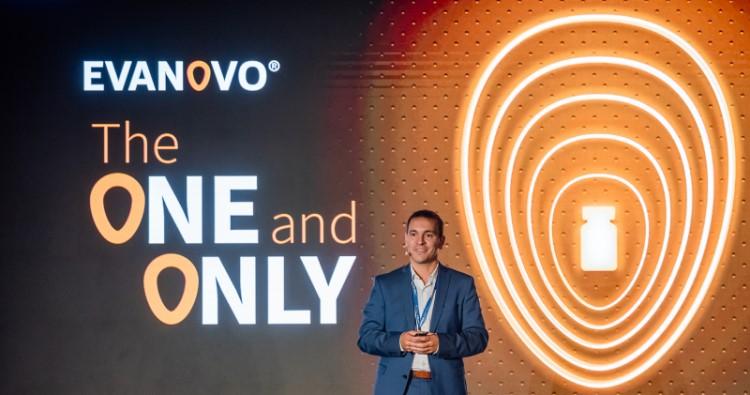 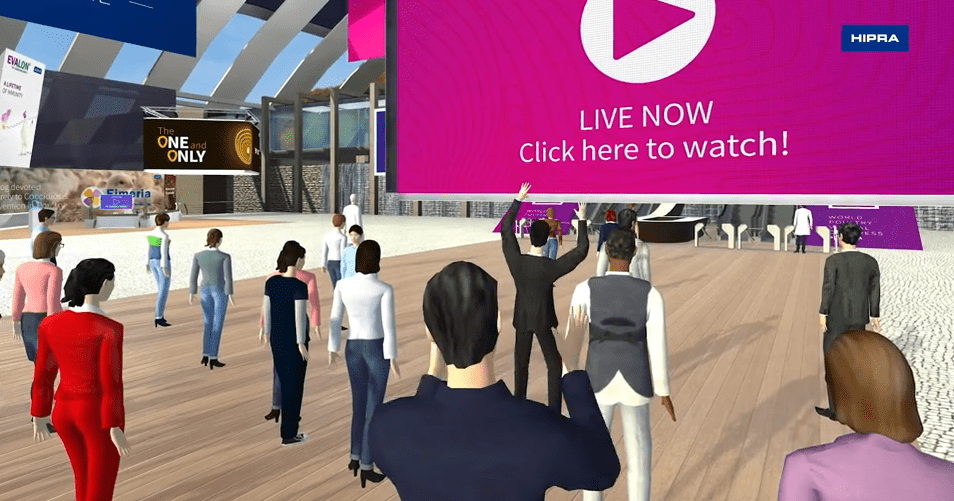 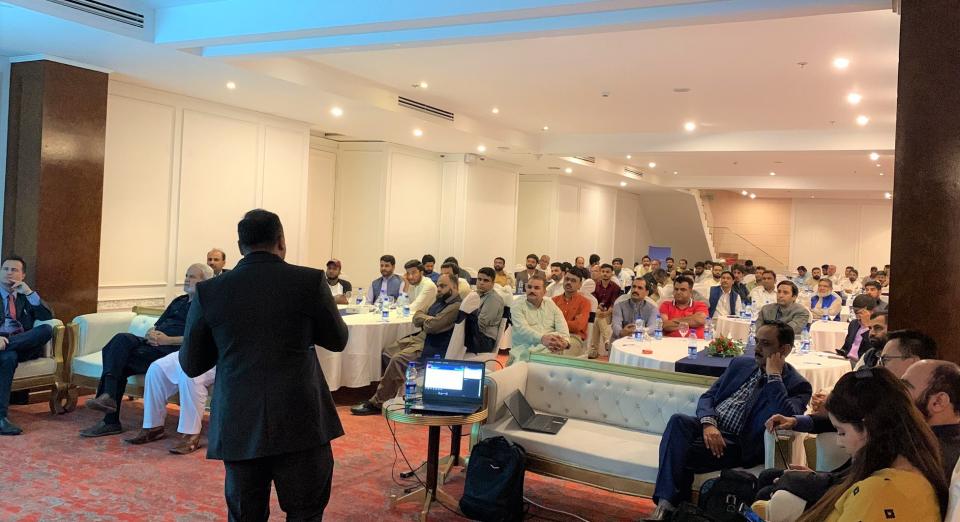 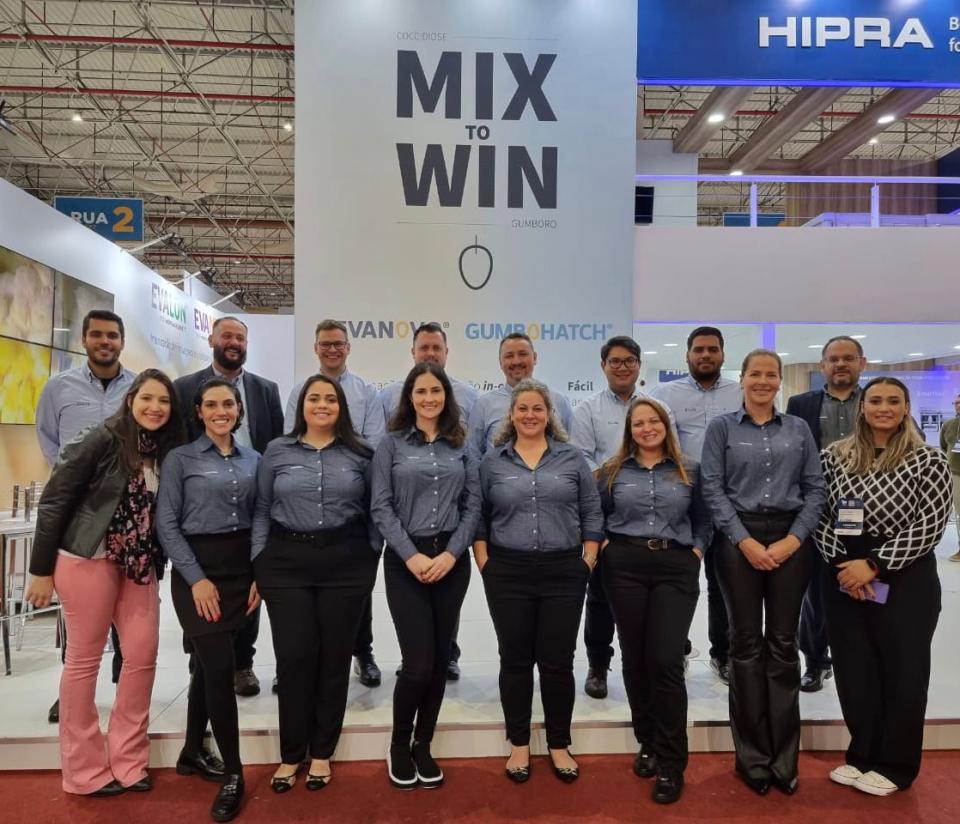 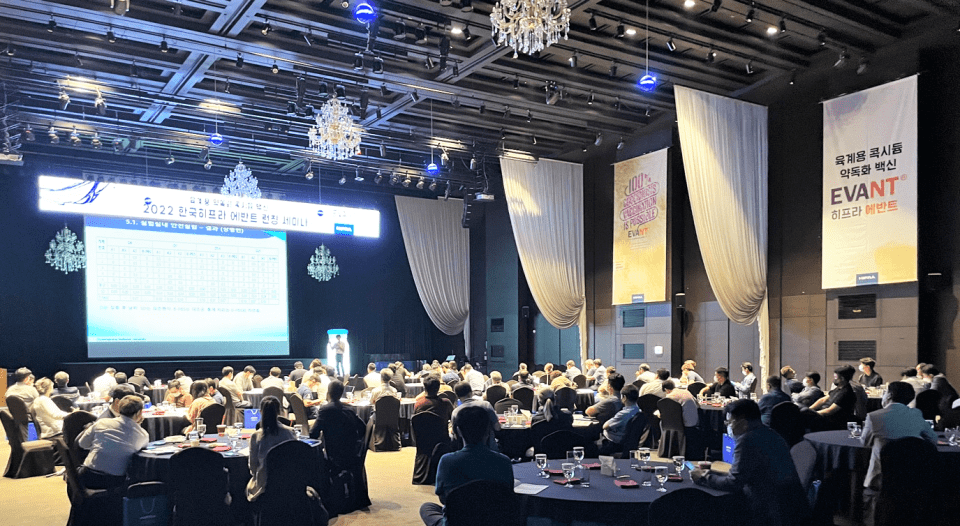 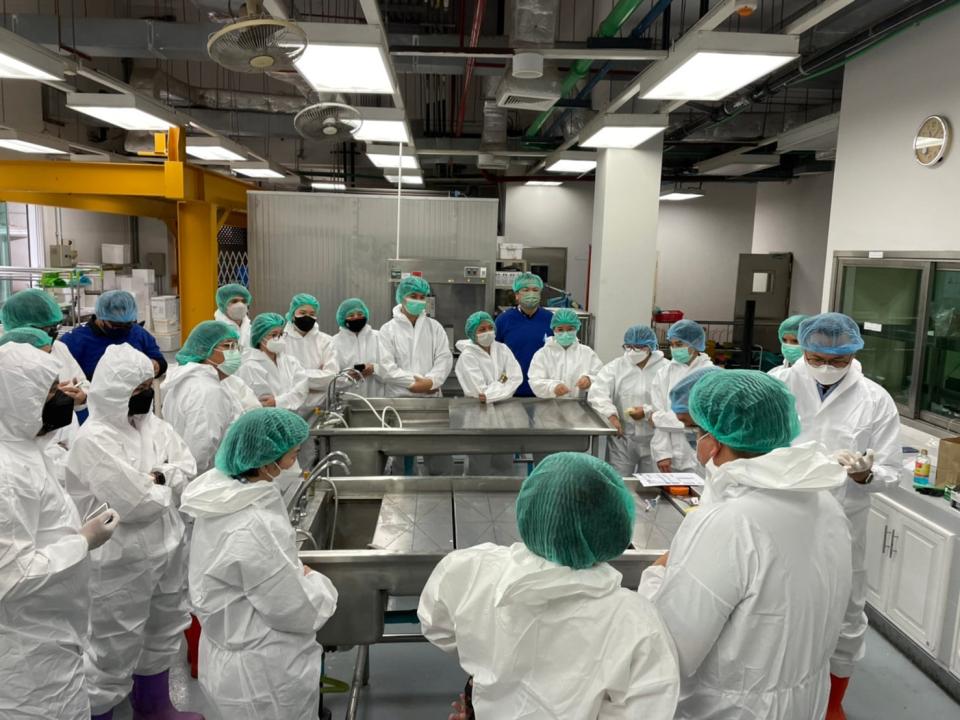 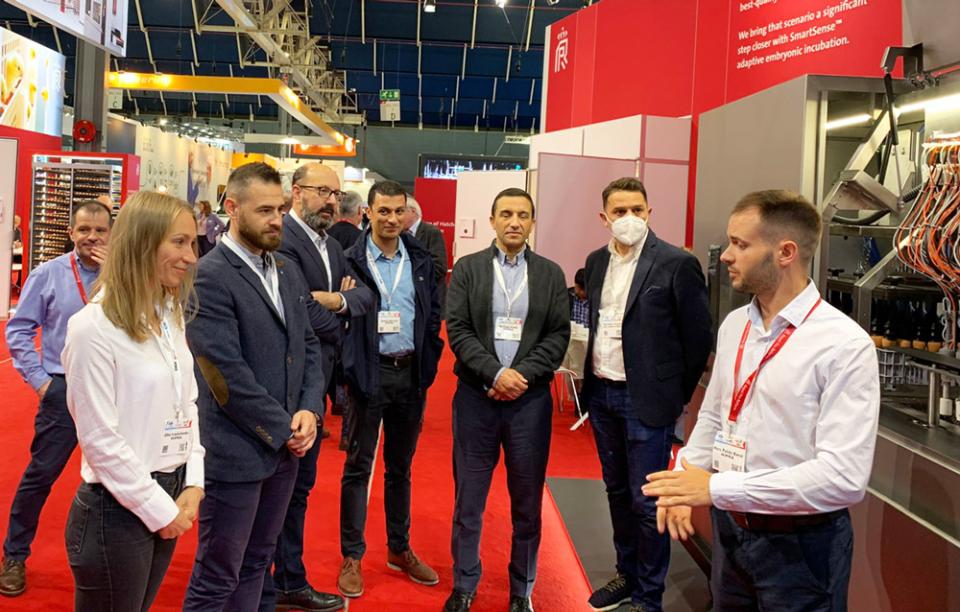